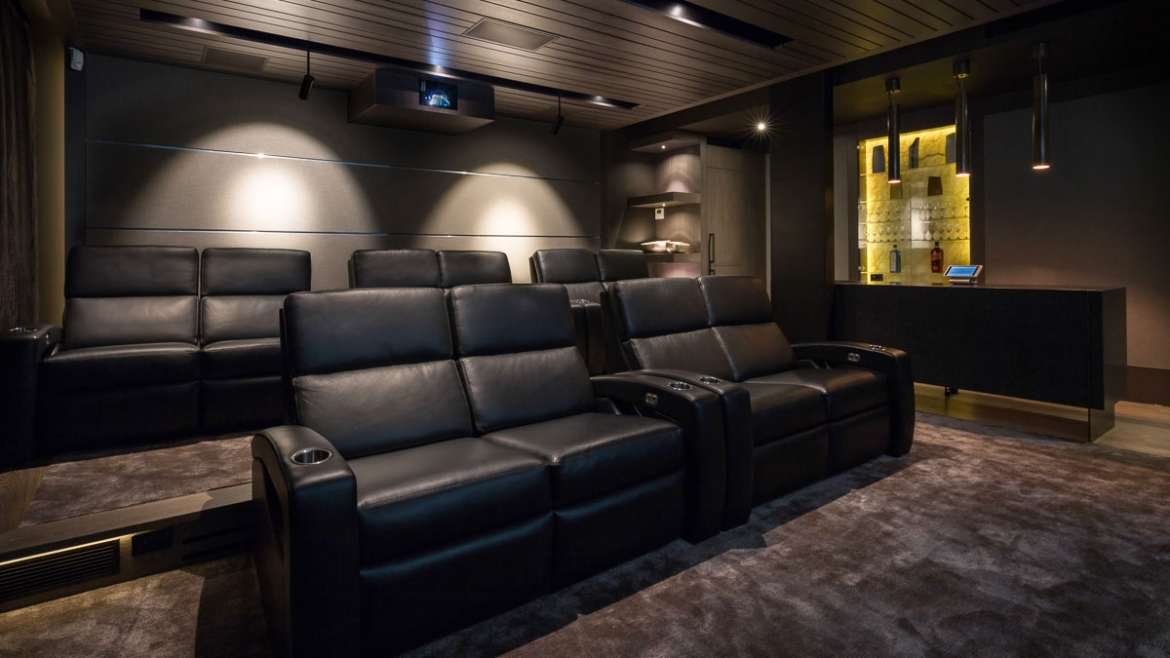 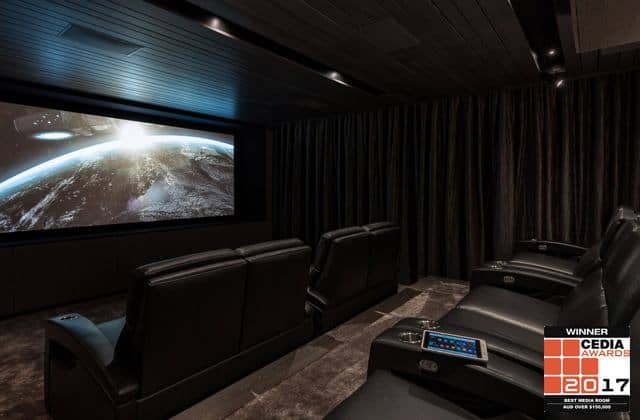 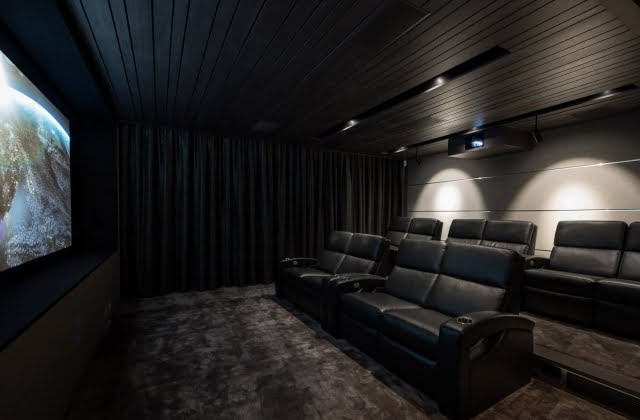 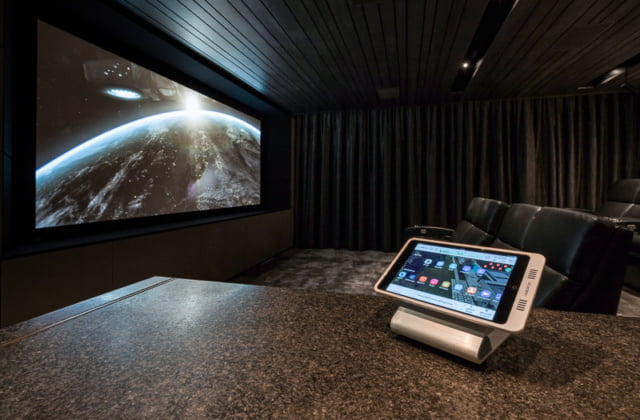 After being introduced to the Uptown client by an A/V specialist company, Wavetrain was engaged to redesign the cinema. Being one of the premier homes in Melbourne, the house architecture is of an exceptional standard and Wavetrain Cinemas were proud that the client trusted our design skills enough to take over the room design. Wavetrain Cinemas services, including interior design, A/C design, sound isolation, internal room acoustics and final calibration of audio/video.

Originally a separate space, the bar took up a lot of the room space, so we elected to bring the bar into the cinema and make it a feature of the space. The footprint on the room is much smaller and people can now sit at the bar bench and watch the sport/movie.

The sound isolation was a significant concern, as there is a children’s bedroom next to the cinema and a main living area accessed via an adjoining hallway. This required the reworking of the house services including plumbing, drainage, electrical, etc. The cinema room air-conditioning system was a weak point in the sound isolation system with sound venting directly the hallway outside the cinema via the ceiling. Detailed attenuators needed to be constructed around the existing steel beams and the fan coil was moved to allow additional fresh air intakes and pressure release valves to ensure a comfortable room. Air-lock doors were used to stop sound leaking to the hallway. The end result was a room where the sound can barely be heard in a quiet bedroom next door.

D-box from Fortress Seating was used through the cinema.

Wavetrain Cinemas spent over 300hrs on the design of this cinema. The original design included a 3D sculpture over the window wall, but this was eventually dropped due to the complexity and time constraint at the end of the project. We are hoping one day the client will get the urge to finish the design.